Are you looking for an Advertising option that will aim your business at the right industries? View our infographic on L2B Advertising and Subscribe today to take advantage of all the benefits.

Are you looking for a Future-Ready, an API that will interface our data with your CRM? View our infographic on L2B Unplugged and Subscribe today to take advantage of all the benefits.

Are you looking for leads in SA and Africa? View our infographic on Projects and Subscribe today to take advantage of all the benefits.

Are you looking for leads in SA and Africa? View our infographic on Tenders and Subscribe today to take advantage of all the benefits.

The 12th Annual Smart Procurement World conference and exhibition is the ultimate procurement and inbound supply chain conference in South Africa. Meet the buyers from South Africa’s top corporates and government. This is a sourcing exhibition is where you meet sourcing, procurement, purchasing and buying professionals from both government and the private sector. The exhibition will offer you easy access to procurement professionals ensuring that you can learn more about their requirements and meet their needs.

The definitive showcase for the full spectrum of building, construction and related industries. These shows offer exhibitors unparalleled access to an international audience of key industry buyers and influential decision-makers. Take advantage of the opportunity to launch your latest products and innovations to a captive and specifically targeted industry audience. Come and meet the Leads 2 Business Team at Hall: 6 / Stand: D27.

ISSA2018 is the annual conference for the information security community that continues on the successful recipe established in 2001. 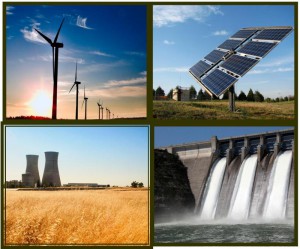 I have enjoyed music all my life. There is no doubt that it plays an integral part of who I am. I enjoy anything from classical to rock to indie to reggae to alternative. In my choice alone, some would consider me a little unconventional. But that isn’t where it ends. I enjoy (exceptional) tattoos and consider it wearable art. Perhaps a little nonconformist I hear you say? Not to mention I like the idea of eco houses, container housing and other non standard building methods. Just because it is different, it doesn’t mean it is wrong. In fact, sometimes different can be exceptionally right.

I think most South Africans have gotten a good few picnic dinners with candles of late. Some relish the opportunity to ‘unplug’ from life and make the most of quality time with loved ones, while others lament lost time and money and the effect it is having on the economy.  I am fairly certain that Companies retailing solar panels, solar geysers and lights as well as generators thank Eskom profusely for their increase in revenue. Flipping a switch to only find yourself still standing in the dark, in winter especially, definitely brings you to looking at alternative methods of getting things done and wondering how long we, as a nation, can continue on this (dark) road.

We all know that our amazing nation has an abundance of natural resources. So why not utilise them? Enter the Renewable Energy Independent Power Producer Procurement (try say that fast five times over) aka REIPPP.  Say what? Well, the IPP procurement programme has been designed to contribute towards the target of 3725 Megawatts and socio economic and environmentally sustainable growth as well as to stimulate the renewable industry in South Africa.

The qualifying technologies in this programme are:

According to The Guardian ‘South Africa has been quietly creating one of the world’s most progressive alternative energy plans. Solar, biomass and wind energy systems are popping up all over the country and feeding clean energy into the strained electrical grid’. It seems that South Africa is taking revolutionary leaps forward in implementing clean energy solutions, but it also has the general view that it should be closely monitored.

The REIPP have recently added to their renewable projects currently underway in South Africa.  Some of these include:

I have heard the expression that ‘it’s never too late’ to start something. In the case of Eskom, I am sure some feel like they may be testing the boundaries of this expression. The point though, is that something is being done. Something quite revolutionary at that! So I for one, want to keep an eye on the array of projects to keep up to date with South Africa’s progressive steps toward creating clean energy for our overworked grid. I also think that it is maybe time that I start figuring out how to be part of doing something idiosyncratic in my nation instead of being part of the problem.  #Justsaying