Tenders are invited to bid on the Supply, Delivery, installation, testing and commissioning of power transformers From 5 MVA up to 315 MVA: Thee- Year period as and when required.

I am a content researcher who just started with Leads 2 Business in February this year, I work in the Daily Tenders South Africa department. I am a young vibrant lady who enjoys meeting new people and doing new things. I welcome challenges and always find new ways of doing things. I am a mum and I love spending time with my not so little, very talkative son.

You may assume demolition is simply blowing things up. Some involve explosions but it is however way more technical than that. There are various demolition techniques that are considered as ‘demolition’.

Taking the above into account the following (according to Civil Engineering News) are selected.

a) Refering to tools such as Sledge Hammers, Jack Hammers and Drillers which are used by workers.

2. Engineering Demolition which is split into 3 categories.

Wrecking Ball (think Miley Cyrus but without the theatrics)

Pressure Jetting (thanks to H20)

Demolition encompasses many techniques and is often used in conjunction with new construction or renovation.

In conclusion, I’ll take inspiration from Rumi, ‘In this life many demolitions are actually renovations.’

Construction of services and infrastructure for 49 on Silver Oak

Construction of services and infrastructure for 49 on Silver Oak, on Portion 34 (of 3) of Erf 427 Brickfield, situated at 49 Silver Oaks Avenue in Essenwood, Durban, 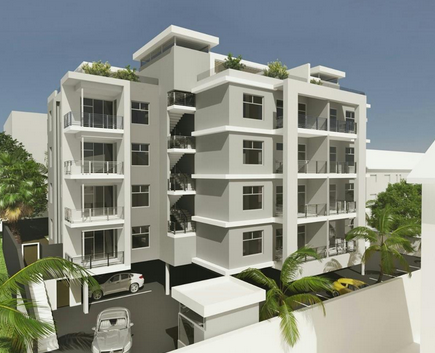 Juggling a energetic, full of surprises life, working full time with two teenagers and hoping to still be sane and normal by the time I retire.

Description : Magalies Water invites tenders for the Construction of the Bulk Water Supply Pipeline from Padda Junction to Thabazimbi.

Restrictions: It is estimated that Tenderers should have a CIDB Contractor grading designation as follows: 9CE or higher or 8CE / PE. DTI Local Content requirements shall apply.The closing time for receipt of tenders is 12:00 on 15 March 2017. Sealed bids, clearly marked RFB/MW/114/2010-17: Construction of the Bulk Water Supply Pipeline from Padda Junction to Thabazimbi must be placed in the tender box at the reception of the Magalies Water head office, 38 Heystek Street, Rustenburg. Telegraphic, telephonic, telex, facsimile, e-mail and late tenders will not be accepted. Tenders may only be submitted on the tender documentation that is issued. Responsive tenders will be evaluated on the basis of functionality and on the 90/10 preference point system, price (90) and B-BBEE Status Level of Contribution (10). Requirements for sealing, addressing, delivery, opening and assessment of tenders are stated in the Tender Data.

If you are a valued Tender subscriber, Click to find more details about Construction of the Bulk Water Supply Pipeline from Padda Junction to Thabazimbi – DTA 619908.

When I first stepped into the Private Projects Department, I had a vague idea of what to expect from Africa.

[tweetthis]What I did not expect was to see huge #developments taking place in the remotest parts of #Africa.[/tweetthis]

and a whole brand New City to be built in Egypt (another desert??)

These are some of the developments that spring to mind…developments that take your breath away…but how on earth are these small, money hungry countries going to fund, let alone develop these ambitious projects? Projects so ambitious they raise eyebrows…well, mine mostly.

For example .  Zimbabwe wanting to build a Disney Land at Victoria Falls…a pipe dream at the moment, but what a dream!! Just to keep tourists there longer than a day or two.

African Development Bank is one way, but most of the investments are coming from China.

The Chinese footprint in Africa has been cemented. In the last decade, investment in Africa by the world’s second-largest economy has surged to $2.9 billion from $75 million, and with it China’s influence can be seen everywhere.

The next question… who is going to build these huge developments?

China of course.! If a Chinese company has invested in a Project, you can be sure that they will be building it too. Build, Own, Operate. But there are benefits, the Chinese do subcontract some of the work to the locals.

Swaziland, however, in an effort to ensure that their local contractors still have work and can tender for contracts, have implemented the rule that any projects less than E120 million cannot be awarded to foreign companies.

When I used to imagine Africa, I used to think of trees, rivers, wildlife, war, jungles and deep dark Africa … nothing much could be happening there right?