How to make the most
of our Tender Leads… 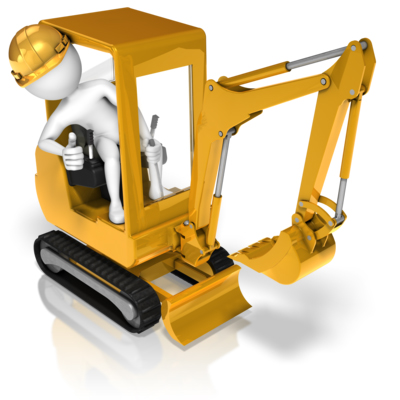 Ssssshhh, don’t tell the boss! I wanted to share some insider secrets with you. A brief look behind the scenes and into the research “engine room” of our company. I am hoping that you can use this information to your advantage. (wink, wink, nudge, nudge)

As you know, Leads 2 Business is keenly focussed on smarter ways to do and create business opportunities.This approach is not just about the information we deliver to you, but an integral part of our business ethos. Each month we capture literally thousands of tenders, yes, you read it correctly, THOUSANDS!

With this much tender information being pumped out on a daily basis, we have to find a smart and effective way to prioritise researching the subsequent tender awards. 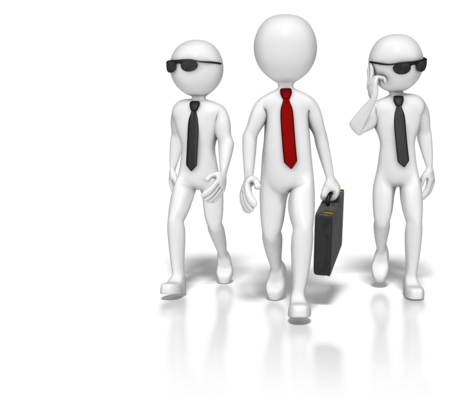 How do we know?

Every Tender we send to you has an option to be monitored.
Monitoring a lead allows you to follow it through its life cycle
or assign it for follow-up within your team.

What is not so apparent is that we, in turn, use this monitoring
information as an indicator that this tender is important, creating
a priority flag back to the research team for follow-up.

It then becomes very important for you to monitor a tender!

How to Monitor a Tender

Monitoring a Tender can be done from selecting a recipient from the drop down box “Assigned to” on the tender.
Alternately, it can be done in bulk from the search results page first selecting which tenders you want to monitor, followed by “Actions”, “Monitor selection”. It will then present the same list of recipients as is available from the individual tender view pages.

Ways to get our attention

In the event you have not monitored a tender but still need the award information and the tender is now closed, you can email your request through from the tender page by clicking on “Request Award Information” button and someone from our research team will then follow up with you.

Tools you can use

There are more tools integrated into our tender notifications that we know will help you stay ahead. Specifically, our site inspection, follow-up and closing date reminders, which offer timeous alerts. An area for notes directly relating to the tender or contacts you may have reached out to. Our document collection and/or site attendance on your behalf through Infomessenger. (Gauteng only) 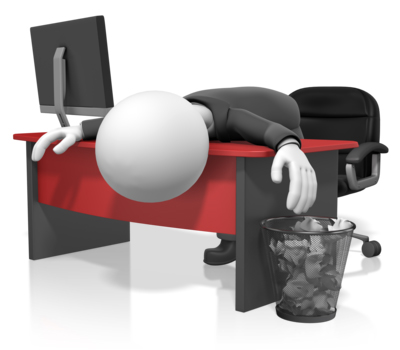 Making the most of your tenders is quite an exhaustive topic…

Here are the common points for consideration :

It may be seemingly obvious, but a valuable subscription to Leads 2 Business is a smart, streamlined approach.
We shoulder the cost of a research team and send you what is important to your business.

The number of filter combinations across categories, industries, geography and keywords creates a uniquely customised solution for your business lead pipeline. If you would like to know more about subscribing or taking a free trial, please send me an email on TarynD@L2B.co.za

Making sure your profile on Leads 2 Business is tailored appropriately to your business requirements so that you get the lead information.

Your Advisory Settings Profile explicitly dictates what is received in the Daily Advisory email.

Steps to Action in Identifying opportunities

Go through the daily Advisory email thoroughly each day.

I am a lover of marketing, customer centricity and the art of influence. Being able to effect this through analysis, content and front end design is part of my work, my great love of creatively solving problems that reach across as many parts of Leads 2 Business as I can.

Restrictions: It is estimated that tenderers should have a cidb contractor grading of 8CE. 7CE Potentially Emerging Enterprises who satisfy criteria stated in the Tender Data may submit Tender offers. Preferences are offered to tenderers who 8 CE or higher or 7CE/PE Only tenderers who Civil Engineering Class of Works are eligible to submit tenders. Telephonic, Telegraphic, Telex, Facsimile, Emailed and Late Tenders will not be accepted. Tenders may only be submitted on the tender documentation that is issued. Requirements for sealing, addressing, delivering, opening and assessment of Tenders are stated in the Tender Data. 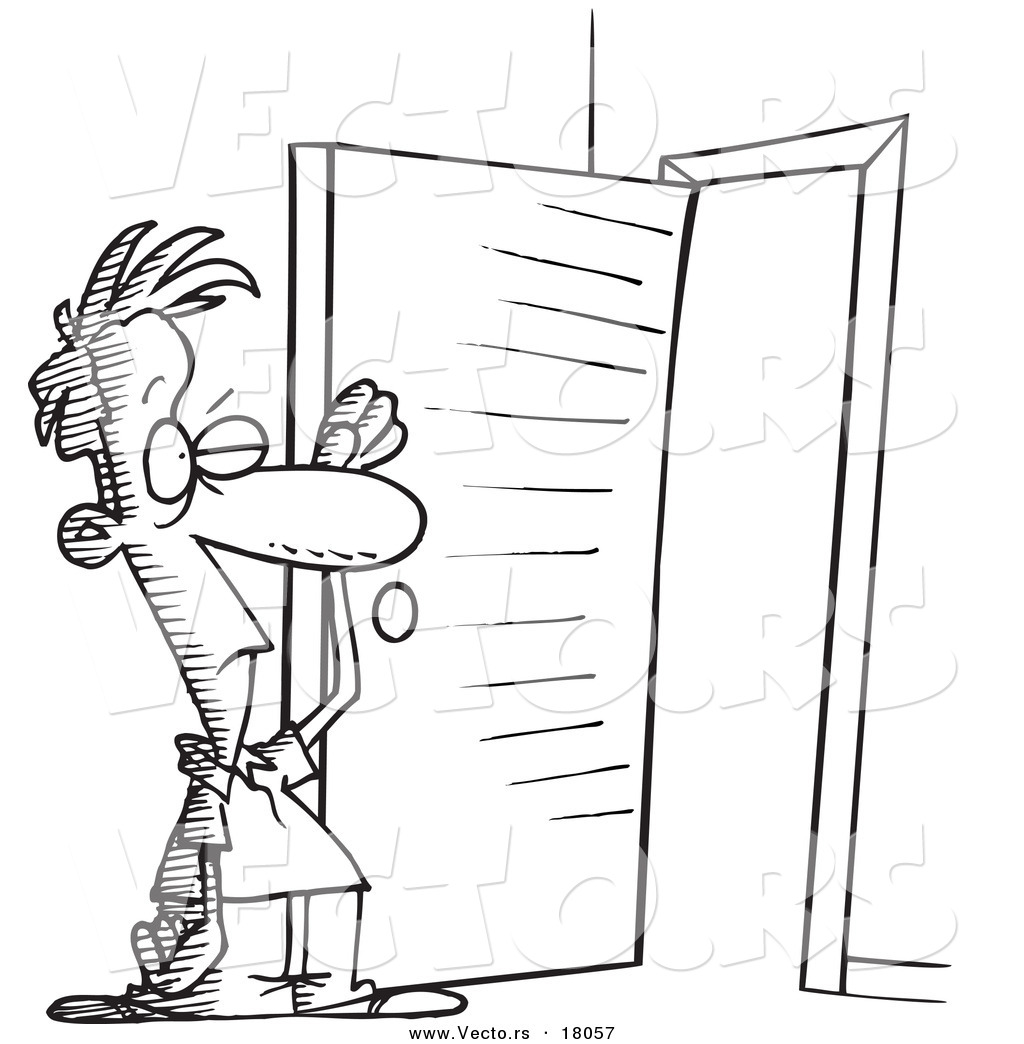 There is going to be a 30 000m² mall situated on the N3 / London road interchange within Alexandra township, Gauteng. The mall includes 5 entrances, extensive taxi rank facilities, ample parking, two flood-lit mini soccer courts surrounding a 250 seater feature restaurant plus a children’s play area within the food court. And contractors are sitting around scratching their heads wondering “how did I miss this tender”??

Quite simple really. Firstly you have to be invited to tender for it. It is not a Government funded project. It is being done by a Private Developer who already has contractors in mind that will be invited to submit prices. So, yes, Private Tenders do exist. They are just known in construction circles as “Invited Tenders”.

So…. how can you get invited to tender on this mall? You would have to approach the developer or the professional team involved and sell your company to them. But firstly you have to find out who is developing the mall? Who is the architect? Who is the consultant and quantity surveyor…not to mention you have to find the contact details for them too…phew…that is quite a lot of work just to be invited to tender.

At Leads 2 Business we make this easier for the contractor. We source all this information for them. We source these private leads from conceptual stage to procedural stage, where the feasibility and EIA consultant are appointed to ascertain whether the project would be feasible and to ensure environmental authorisation is applied for and received. Yes, yes, we source this information too. Then, once all this is approved the architects are appointed to design the mall. They and the developer put their heads together to see which construction companies they should send the invited tender to. Here you put your foot in the door, a spanner in the works and say hey…what about me…this goes for the vendors too. You can say to the architects and quantity surveyors, well we have this amazing roofing, flooring, walling, windows etc and get your products listed on that BoQ.

It all boils down to … Sell your business. We can only provide the Leads but it is up to you to be “Invited to Tender”.

So to recap…do Private Tenders exist? Yes they do, but do not expect them to come knocking on your door. Go out and find them.

Trending – The most searched for. The most viewed. The most talked about and commented on. It implies a general need to know something about that topic regardless of what it is simply because everyone else shows an interest. Because nobody wants to be left out or left in the dark or deemed to not know the latest scandal. Obviously, “everyone else” is up for debate. One person’s “everyone else” is very different to anothers. It’s got to do with common interests and hobbies or where you live and work and in what industry you work. Trending doesn’t mean universal or applicable even. If the topic applies to a very large group of people (say the fuel price) then there’s going to be a lot more activity concerning that than compared to a news story concerning rain in a desert in an unpopulated area. If no one cares, than it doesn’t count. Basically.
An apt metaphor might be “feeding frenzy”. A lot of thrashing around for access to limited resources. Not a bad analogy for the construction industry. There’s just only so much to go around. Being on the outside of the construction and building industry, my focus is different to those on the inside. I have to ensure that all the relevant information is readily available for those on the inside to make use of and run with. I don’t have to jostle with competitors to win tenders etc. But there are signs that a certain tender or project is getting way more attention than others. I use the term “Mentionistis” to describe this phenomenon. It usually manifests in the searches I see coming through the Leads 2 Business website. Different companies searching for the same tender or project. We start to get calls and emails and LiveSupport chats all asking the same question “Do you have [insert tender of the moment]?”. Then the race is on, because if we have [insert tender of the moment], we can send the subscriber away happy; but if it’s some obscure invited behind-the-scene tender that’s only been whispered about in dark corners, then this presents its own challenges.

Below are a few examples of the latest instances of “Mentionitis”:

When I started at Leads 2 Business, it was called Daily Tenders. I didn’t even know what a tender was, until I did some research before my interview. That was 2005. Every day since, has been tender notices, in one form or another. Government tenders, Invited Tenders, Quotations, Bids, Request for Proposals, Expressions of Interest, Pre-qualifications; not to mention Requests for Information and Supplier Database Application notices. Show me a contract number, and I can probably guess which Municipality put it out. Not a trick that goes down well at parties, I admit; but  oh so impress in the office. So what’s the difference in the those I mentioned above? Let me tell you…

Government Tenders – Government money, government timing and no one answering the phone at 15:00 on a Friday afternoon.

Invited Tenders – Not publicly known, but invariably someone hears about it from their cousin’s wife’s nephew who heard about it in a bar somewhere. All hush hush. But not hush hush enough, if we get to hear of it. And we hear a lot.

Quotations – Smaller values, shorter tendering periods; and impressive in the sheer quantities that the Municipalities pump out at any given time.

Request for Proposals – “How do we do this?”

Expressions of Interest – “Who would be willing to do this?”

Prequalifications – “Prove you can do this”.

Request for Information – “Tell us why we need this thing, how to use it and for how much”

And let us not forget the various incarnations of the Tender Award – “You’re kidding, right?”. “Call back in two weeks”. “It’s already completed” and everyone’s favourite “Who are you? And why do you want this information?”

(Disclaimer: Definitions are humorous interpretations, and are not to be taken seriously. Unless you have had anything to do with tenders. Ever. And then you get it).