“Mpumalanga” The city where the sunrises’ is also known to be the province with the Highest rising levels of air pollution. 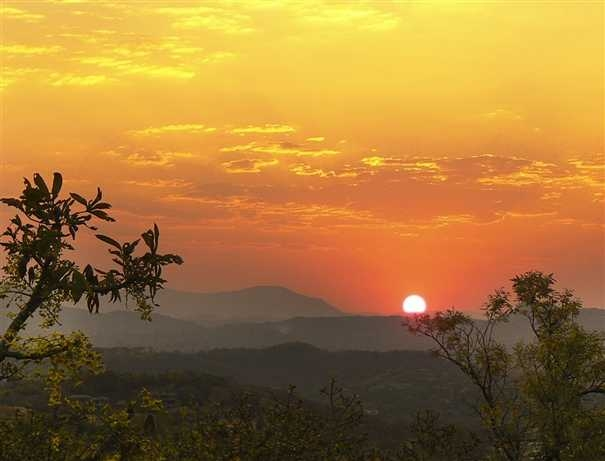 What is Pollution? Pollution is “the presence in or introduction into the environment of a substance which has harmful or poisonous effects.”

Mpumalanga has the highest rate of pollution in the world and here is why:
Mpumalanga has Thirteen  (13) coal-fired power stations and this has been identified as the biggest source of pollution in the province. The pollution levels are deadly and have claimed the lives of 305 and 650 premature deaths in 2016, this has evolved into a public health crisis. The power stations are Government-owned, Eskom owns Eleven of the Thirteen coal power stations in the area. Eskom is the biggest culprit in polluting South African Air. 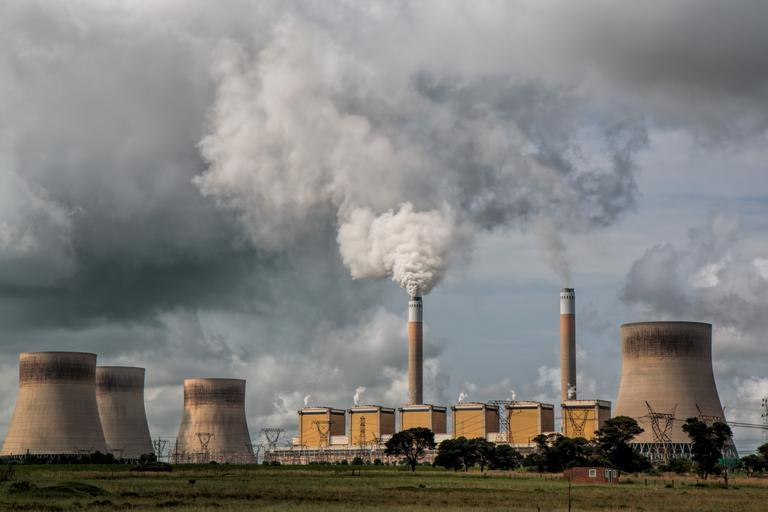 How can Mpumalanga improve this:

Mpumalanga can improve its high rate of air pollution by switching to Green energy such as solar and wind power. Government is currently looking at reverting to renewable energy to decrease the pollution in the area. 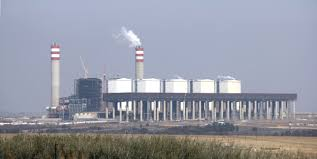 Kindly click on the below link to should you be interested in listening to the litigation against Government for Air pollution:  https://omny.fm/shows/the-breakfast-show-702/the-litigation-against-government-for-air-pollution

There are many setbacks and issues that may occur when building and developing a project that should be taken into consideration before the project even starts, most of the time projects and construction sites are abandoned because of the following reasons :

1.) Financial Problems.
2.) Due To Inexperienced Developers.
3.) Mismanagement And Mistakes. 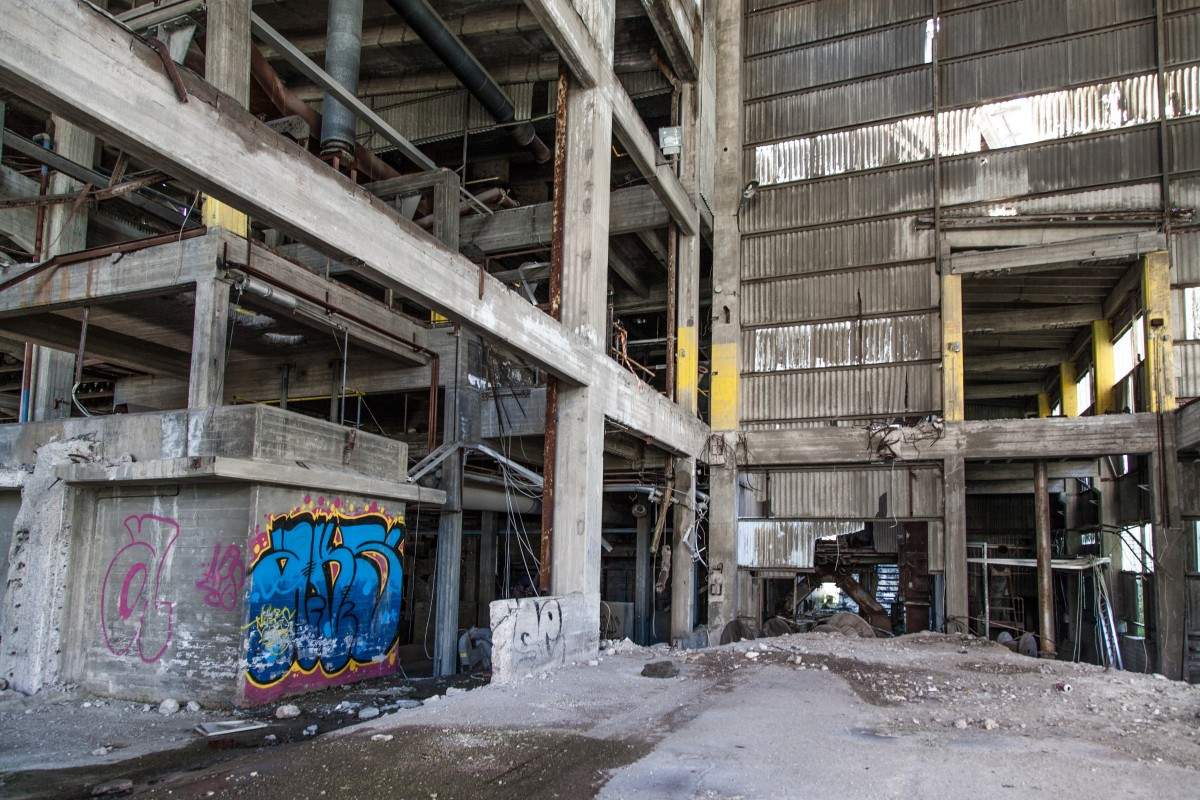 Abandonment of buildings and construction sites could be a potential problem for South Africa due to the financial constraints within the construction and building industry. Tenders are being awarded to construction companies that are battling and have no funds to continue with the projects and this is yet another reason why construction is not being completed.

Here are a few buildings in Gauteng that have been abandoned and the reasons are as follows:

1.)  Khutsong Clinic – As per the contractor’s Client liaison officer, the Gauteng Department of Infrastructure Development has not paid the contractor and the contractor is experiencing financial difficulties. This project cost has been estimated at R65 Million.

2.) Carlton Hotel – The Carlton Hotel was considered to be one of the most prominent hotels in South Africa, hosting big names such as Nelson Mandela, Whitney Housten and Hillary Clinton. The hotel has been untouched and standing for over 20 years due to a lack of maintenance. The Carlton Hotel has over 600 rooms over 31 floors, and it closed its doors in 1997. Thereafter Transnet bought the once luxury hotel and even though there as been various plans floating around, the hotel still remains empty.

3.) Kempton Park Hospital –  It has been said that Kempton Park Hospital had been closed due to a shortage of patients, however in 2006 there was talk about re-opening the building and to renovate it, thus taking pressure off of Tembisa and Edenvale Hospitals. Construction was supposed to start in March 2013 and was meant to be completed in July 2014,  however contractors never started the work which was estimated have cost R 244 Million.  In 2017 it was reported that R127 million Rand had been set aside to demolish the Hospital.  However to date, Kempton Park Hospital still stands empty. 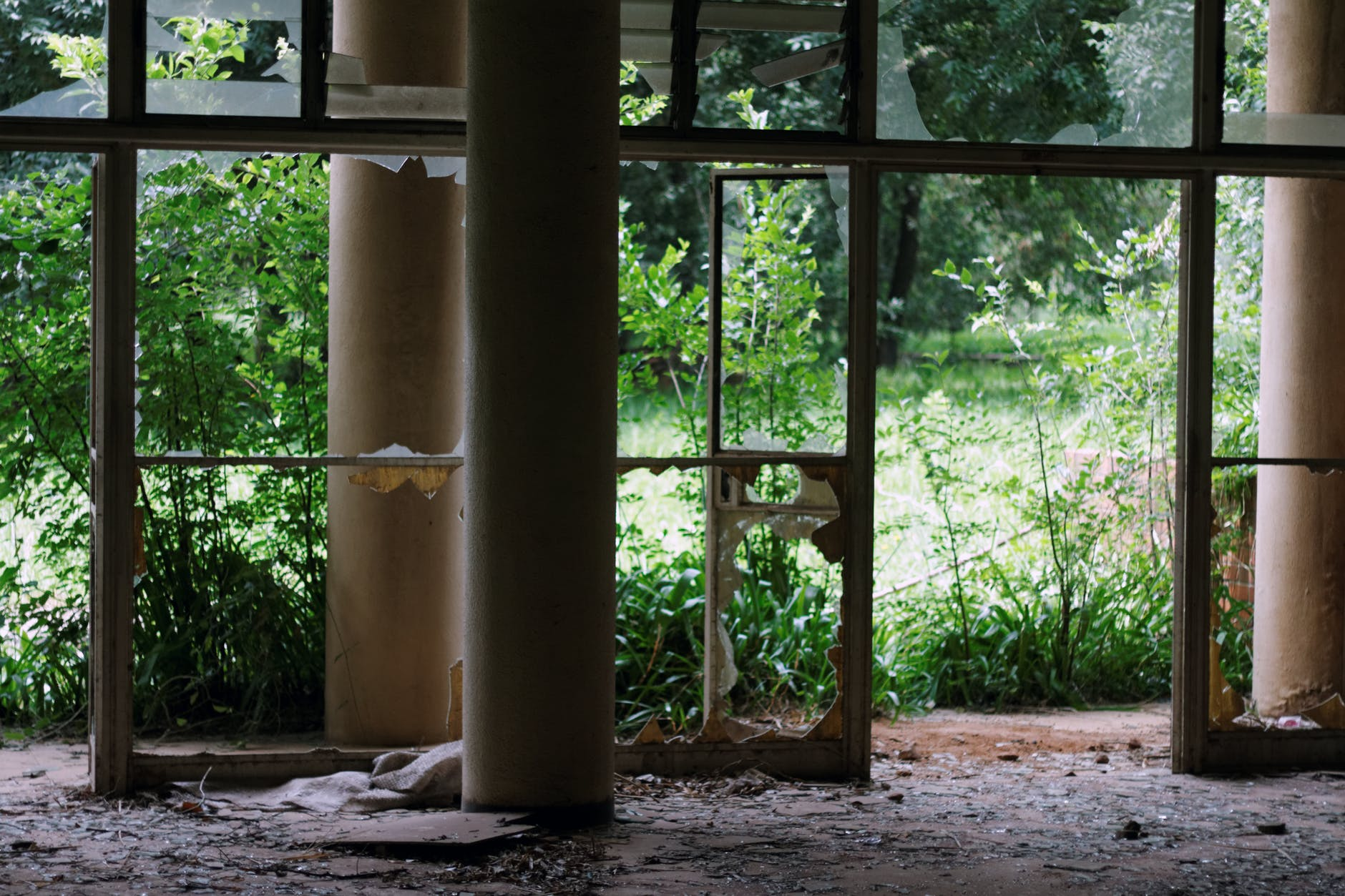 A large number of buildings are left empty and these buildings are not just little three-story buildings that are implicated, they are skyscrapers and huge 210-roomed hospitals where space has just been wasted. Tenders are being awarded to new development when these older and abandoned buildings and structures should be given preference and utilized before we build more. building    The buildings that stand empty are targets for criminal activities to take place and by standing empty and unused, they drop the value of the surrounding buildings and the area in general. If there is no-one monitoring the buildings or if there is no security in place, then this allows for squatters to move in and take over the building and also allows for pests to run around freely.

Incomplete construction has cost Gauteng over R620 million and it has been reported that the Gauteng Legislature’s Portfolio Committee on infrastructure development will be clamping down on “poor contractors’ workmanship” as there are tenders that have been awarded in 2017 that have not even started for renovating or building projects and this leaves 40 companies implicated. The projects pertain to new clinics, seven new schools and other important renovations that need attention in order to help the citizens of South Africa. Since this money has been paid over to the contractors, it is believed that fraud and corruption have been suspected.

Gauteng has identified a new “low-cost housing” opportunity and is allowing the private sector to turn them into affordable housing, The city is hoping to upgrade 2000 to 4000 informal settlement homes. This is a great way for the government to give back and I am sure this is exciting for the residents that stay in these buildings. Let’s hope this project materializes. 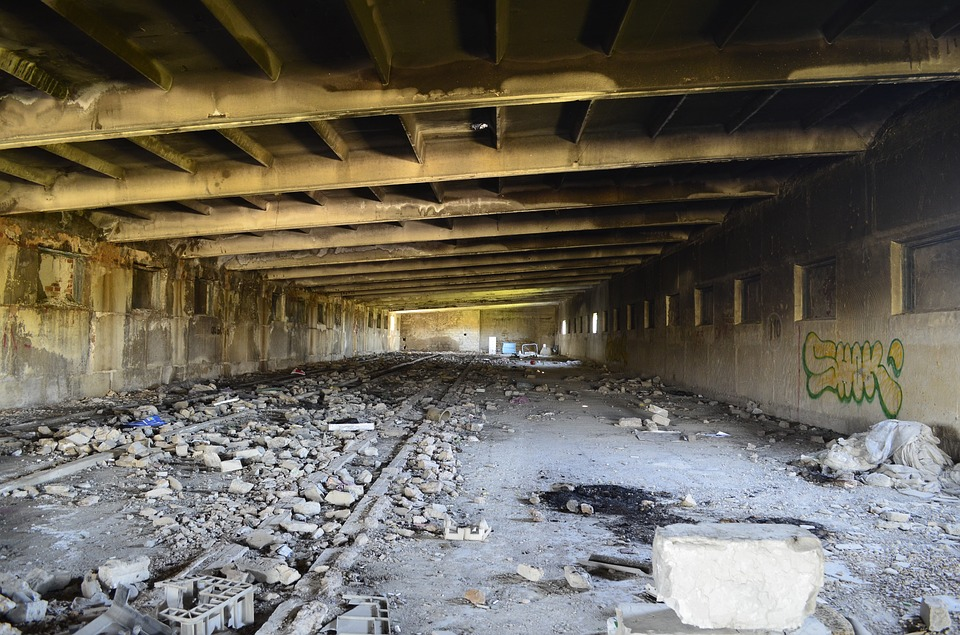 In 1839, Alexandre Edmond Becquerel discovered electricity could be generated by sunlight. He claimed that “Shining light on an electrode submerged in a conductive solution would create an electric current.” Solar energy is now utilized and recognized all over the world.

Solar cities would be very beneficial in South Africa due to our current restraints with Eskom and the load shedding each one of us has had to endure on and off for the past 12 years. Solar Energy is free and being a third world County, this would be viable and It would be great not having to depend on Eskom for electricity.  Utilizing Solar panels will save you money and reduce your lights account.

Many South African are currently utilizing solar energy to power the following:

Solar energy hold’s the most potential in South Africa due to the fact that we receive a large amount of radioactive energy. Solar Energy is renewable, meaning we will never run out of sunshine. Wind energy could also be unitized in South Africa, especially around our coastal areas.

Counties that make the most use of Solar power would be:

The initial cost of setting up a solar running house or city is at a high rate, however, the saving, in the long run, is thousands of rand.

• “I thought my window was down but I found it was up when I put my head through it.” Probably not the most effective way to think with your head”

• “I was driving along the motorway when the police pulled me over onto the hard shoulder. Unfortunately I was in the middle lane and there was another car in the way..”

• “Going to work at 7am this morning I drove out of my drive straight into a bus. The bus was 5 minutes early..”

• “A man in Washington State nearly got a taste of his own medicine when he attempted to kill a spider with a makeshift blowtorch. Using a cigarette lighter and a can of hairspray, he promptly set fire to his towels and the bathroom went up in flames. His insurance claim was refused because it was deemed a ‘deliberate act”

• “There’s a WHAT in your soup? Carla Patterson tried to defraud a Virginia Cracker Barrel restaurant for a $500,000 insurance settlement after claiming she found a mouse in her soup. An investigation found that the mouse didn’t have any soup in its lungs and never was cooked. She was sentenced to one year in prison”

• “For 7 years between 1993 and 2000 Isabel Parker pretended to slip and fall in various locations. After doing it nearly 49 times she filed insurance claims worth nearly a millions dollars. Unfortunately for her the insurance company didn’t fall for it”

• “In Greece, a British tourist was so busy looking at a group of girls that he ran into a bus shelter and broke his nose. He was lucky – his insurer paid out for his medical treatment”

Think the next time you lay a claim with your insurance, make sure it is sensible and that it does not land up on the funniest insurance claims list.

Advertising and Marketing within the Construction Industry

When I think of Advertising within the Construction Industry, I picture driving past a construction site being developed, imagining a new shopping centre / new hospital or maybe even an office block that will be in the space that was once empty.
There is always a great deal of excitement within the town, people are eager to know what is being constructed. This already has the target market talking.
It is a fundamental way of advertising and connecting that excitement to your company. It is vital that your company name is on all construction signage boards advising the audience what is being constructed. 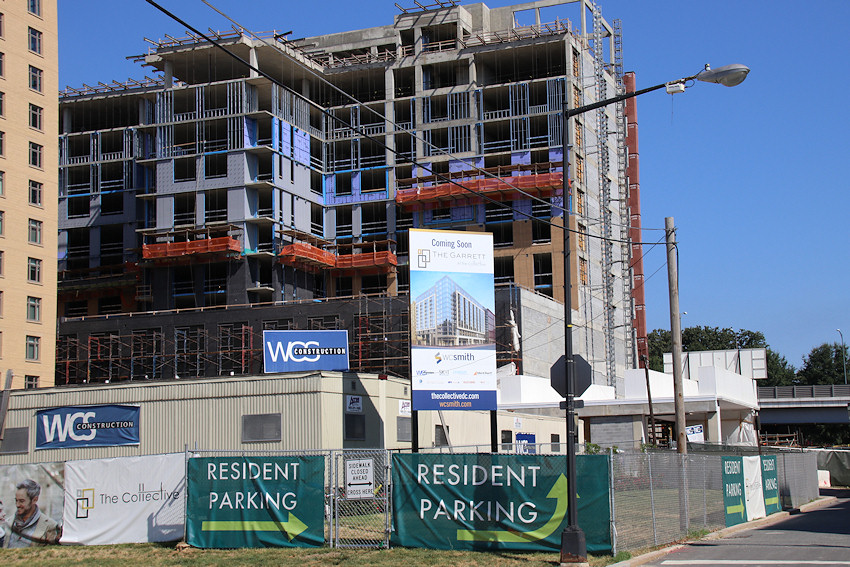 Providing Uniform for all your staff on site:

I strongly believe that providing your staff with a uniform creates a level of a professional business image, it eases identification as well as lets your employees look smart and neat, uniforms give your staff a sense of belonging and security, and it promotes company unity, pride and loyalty.
Uniform creates brand awareness and transforms your staff into moving sign boards. 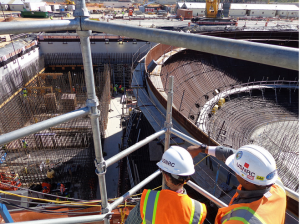 Safety signage on your construction site is essential, why not be creative and make your safety signage with your company name, this will be an eye-catcher. Furthermore it is a great surface to print your logo on.
Your plant machinery will possibly be on site for the duration of the development, branding your machinery is a free way to advertise and notify people driving past that your company is on site and you are constructing the development the town is excited about.

This is a great way to market your skills and advertise your work. 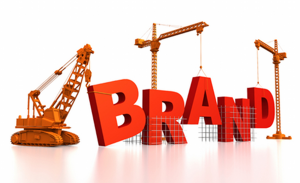 Before and after photo are always an amazing way to market your work and skills, social media is a very effective and very low cost platform to build your company name. Social media can also give you insight about your competitors as well as instant online feedback from clients and target market. 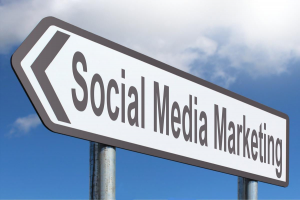 Great Advertising can help your business! So, the next time your company is working on a building site, remember to market your work by ensuring your company signage is visible and post before and after photos on your social media pages.

Bids/ proposals are invited for the Replacement of vertical mixers at various Erwat. WWCW: Manufacture, supply, deliver, install and commission.