1. Think before you click – Avoid suspicious online links from untrusted sources and emails.

2. Don’t overshare – While there are many opportunities to share personal information online it may come at the cost of allowing a criminal to guess your passwords, security questions, and logins.

3. Don’t fall behind on updates – Updates often include fixes to security flaws in an application, this puts you at risk for all sorts of malware.

4. Keep an eye out for phishing scams – This is when a hacker will attempt to trick you to open an application that can infect your system and steal your credentials. Avoid emails with unfamiliar senders and grammatical errors. Hover over any link to verify the destination.

5. Make sure your data is backed up – Your valuable data can be erased or encrypted by hackers, make sure you back it up on a physical location and the cloud.

6. Keep your mobile device secure – Use strong passwords and don’t connect to any public Wi-Fi automatically.

7.Use a Firewall – Using a firewall ensures that all the devices connected to your network are secure, many smaller devices such as webcams do not have sufficient security and a firewall prevents access to these vulnerable points of entry.

Across Africa, increased industrialisation and dust storms are resulting in air pollution that is taking its toll on human health in the region. Air pollution has been causing more premature deaths than unsafe water or childhood malnutrition on the continent as well as contributing to the climate crisis.

Nigeria, Africa’s most populous country is the most polluted country within Africa and the 10th most polluted country in the world, more than 64,000 people died from household air pollution in 2017. Onitsha, a bustling city within Nigeria, is considered one of the worst-ranked cities globally with a record thirty times more particulate matter concentration in the air than is recommended by the WHO.

Senegal is another country in Africa which is contending with high levels of air pollution. Its capital, Dakar, has seven times more particulate matter concentration than the recommended threshold. During the dry season dust from the Sahara and industrial and motor vehicle pollution can cause a high density of toxic air in the country.

Kenya is also fighting high levels of air pollution with particulate matter concentration which is twice the recommended threshold. Respiratory diseases have now surpassed malaria as the number one killer in the country.

As the population of Africa grows and with increasing urbanisation the air quality is expected to worsen further unless more is done to monitor and prevent air pollution in the region.

In today’s fast-paced connected environment having a secure server is vital for your business’s needs, without addressing the security needs of your infrastructure you could run into devastating consequences down the line.

In this blog, I will list 5 security practices that can help your server stay secure.

1. Password Security: Use passwords with at least 8 characters, they should be complex including numbers, symbols and punctuation. You should use a variety of passwords for different accounts or roles.

2. Public Key Infrastructure and SSL/TLS Encryption: This refers to a system that is designed to create, manage and validate certificates for identifying individuals and encrypting communication. This can prevent man in the middle attacks where an attacker imitates a server in your infrastructure to intercept traffic.

3. Update your system frequently: Keeping your software up to date is the single biggest security precaution you can take for any operating system. Software updates range from critical vulnerability patches to minor bug fixes, and many software vulnerabilities are actually patched by the time they become public.

4. Configure a Firewall: Using a firewall to block unwanted traffic to your server provides a highly effective security layer. Be very specific about the type of traffic you allow in, only allow the traffic you need and deny everything else.

5. Web Application Security: You should scan your web applications regularly and have any custom code reviewed for security issues. Make sure to use coding frameworks with a good security history and secure web application admin areas with IP based restrictions. Specify permissions when creating files and limit file upload creation activities to specific directories.

Following these 5 tips will help you secure your server like a pro.

The Energy Revolution in Latin America

Latin America leads the world in clean energy. In 2014, according to the International Energy Agency, Latin America produced 53 percent of its electricity from renewable sources compared with a world average of 22 percent.
For 7 months Costa Rica was powered entirely by renewable power, and Uruguay was very close in doing the same.

How has Latin America made so much progress towards using renewable energy?

Latin America’s move towards a clean energy solution on solar and wind is driven by the environment which they live and the reality of the economic situation in Latin America.
Over 34 million people in Latin American lack access to electricity and as the population grows the gap between those with power and without will only widen.
Many countries in Latin America still depend on fossil fuels for their power generation. However, Venezuela, Mexico, Colombia and Argentina have all seen oil output decline.
This trend, combined with government budgets constrained by the cost of fuel subsidies, has encouraged private investment in clean energy generation in many of the region’s countries.

What is pushing this clean energy revolution? 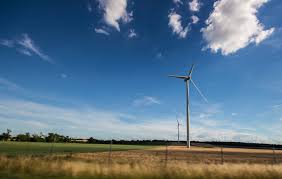 Higher living standards and the rise in demand for power from a growing population has spurred the government to increase energy generating capacity. Targets have been set for renewable energy and financial incentives for solar and wind suppliers have been set. The mountain ranges, surrounding Islands and grasslands are ideal for producing wind energy and it is readily used in Latin America, for instance in 2014 wind captured 84 and 86 percent of renewable energy investments in Brazil and Mexico.

What can we expect in the future?

The future of wind and solar power looks strong in Latin America. As James K Alford notes, “Today, 19 countries have legislation in place that set targets for the percentage of renewable electric power on which the country will rely in 10, 15 or 20 years.” These range from 25 to 100 percent.

The great strides Latin America has made in the renewable energy landscape shines a light on Africa and the great potential for growth we have on this continent.

What is the Green Movement and what is its origin?

To understand the green movement of today first we need to look back to see how it all started.

One of the key pieces of literature that captured peoples attention was the 1962 publication Silent Spring by Rachel Carson but the movement’s origin can be traced back even further to Henry David Thoreau and Teddy Roosevelt. In fact, elements of the go green movement can be traced back throughout a large part of human history even if it wasn’t named as such.

Environmentalism today can be defined as:

“Environmentalists advocate the sustainable management of resources and stewardship of the environment through changes in public policy and individual behaviour. In its recognition of humanity as a participant in (not enemy of) ecosystems, the movement is centred on ecology, health, and human rights.”

Teddy Roosevelt was a major supporter of environmentalism and helped to bring national parks and wildlife conservation to the forefront of the public’s consciousness however when world war 2 started it faded into the background and took many years to resurface. After tragedies like the Donora Fluoride Fog and the Cuyahoga River catching on fire people started taking notice of the dangers that were posed by ignoring our environment.

The Donora Fluoride Fog or the Donora Death Fog killed 20 people and left hundreds injured or dying and was caused by the fumes of a nearby smelting plant which covered the town for 4 days in a toxic fog. The Cuyahoga River was covered in oil and chemicals and caught fire, the flames reached up to five stories high.

Most recently Al Gore’s film, An Inconvenient Truth, highlighted the problems we still face today from chemically treated food to contaminated water and serves as a reminder that we still have a long way to go if we want to conserve our environment for future generations.