When I thought of the Tiny House Movement, I thought of a smaller carbon footprint, lock-up and go, less cleaning, solar panels… Savings, savings, savings!
But, I wanted to know more about this very possible, future version of living!

So, off to trusty Google I went. Reading article after article about these little works of art…

There really is so much more to these little homes, than I imagined! On top of all of the above already mentioned incredible advantages, it is the labour and love that goes into these small structures.
I highly recommend following some of the links for further discovery of the opportunities that exist within this emerging real estate solution.

This is what I have gathered so far:

The Tiny House = Small (make that teeny, I mean anything smaller than 37 Square Meters, on the smaller studio size, but built with green and eco-mobility and sustainability in mind.
These Tiny houses, are not prefabricated, precast, container made residences. These are homes made with love, respect and have been created by some of the best problem solving minds in the industry.
The idea of the ‘home’ is evolving these days. Gone, are the days of buying the dream home, living there for 30-40 years, leaving the home to your kin to bring up with their kin and so it went on…

(This thinking has occurred with an unrealistic confidence born of regulatory practices within the financial industries over the last few decades). Instead of improving their lives as hoped and dreamed some quickly have found themselves in the quicksand of such long term loans with exponentially, expounding interest rates sky-rocketing into debt, ploughing into an uncertain future. The economic crashes we have seen in our lifetime, have been far more reaching than those of our predecessors.

Enter, these new Tiny options that could change that landscape.

Built with BIM (Building information modeling), these Tiny Homes, are finally offering some alternative options for people to have the opportunity to “own” their own space, They are well built, thoughtfully designed and paid off within two to five years.

It is a bachelor’s studio, but mobile, with the environment in mind, economic freedom and pretty much as low maintenance as you can get.  It is a marrying of machine and man, to be able to perfectly create liveable and sustainable living areas. Creative, functional, flexible, sustainable and environmentally more responsible. These homes could very well hold a massive stake in the housing market for our future generations.

Bear in mind, these tiny spaces may not be the answer for growing families, but for young individuals, and the elder alike, there now exists a real opportunity for one to have their own space – without the worries of a 30 year debt.

Most of these homes are bespoke in nature, and great detail is observed in creating these incredibly compact little residences.

Whilst still in infancy stages in South Africa, have a look at some of the below numbers and some of the pics of these little gems from the growing movement abroad. 😀

The key role of safety officers

Safety Officers and Their Functions:

Safety officer… Brrrrrr.… Just the mere words alone are enough to send cold shivers down any foreman’s spine.
This important professional can close down a construction site within an hour if proper safety and precaution measures are not adhered to.
They do, however, form probably the most vital part of the whole operation – And that is ensuring the safety of all personnel on site.

We all know how quickly and easily accidents can happen, especially on a dangerous construction site, where accidents are almost inevitable. These officers detailed, pedantic and precautionary planning is an essential part of ensuring the safety of everyone involved in the project. 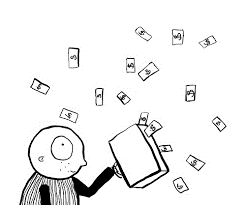 Reputations can be tested and destroyed, and the hardest hitting reality of it all…

Remember the bridge that fell down over Grayston Drive in Sandton, Johannesburg, not that long ago? The first point of contact for the investigation was the Safety Officer!

Not sticking to the safety regulations is simply a lose-lose situation.

OK, now that I have scared everyone and put you all in a sombre mood, let’s get serious and highlight just some of the important functions of a Safety Officer. 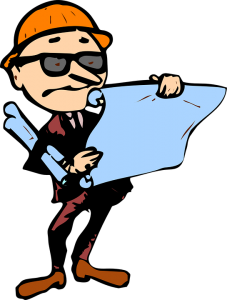 1. Creating and Implementing Safety Policies:
The Safety Officer with the assistance of managers and construction workers determine what policies are needed to help employers reduce the accident-related costs and prevent losses
due to any decline in productivity. They then finalize these policies and are responsible for alerting workers about any changes and monitoring of compliance.

2. Workplace Inspections:
Safety Officers are responsible for inspecting the interior and exterior work areas to determine if there are any safety hazards. In these inspections, they look for any broken equipment, damaged or unstable equipment, slip-and-fall hazards and any other potential hazards. They also observe workers to ensure that the required personal protective equipment (PPE) is being worn and machinery is operated in the correct manner and that the employees themselves are adhering to the company’s safety policies.

3. Accident Investigations:
Should a workplace accident occur, a Safety Officer will conduct the investigation to determine why and how the accident happened. This includes questioning witnesses, accident site inspection and pictures may be taken of the scene for the comprehensive report he or she must write. They also then provide recommendations to prevent future accidents.

5. Last, but not least… Regulatory Compliance:
These standards have already been put in place by OSHA and Occupational Safety Agencies, and are a necessity on construction sites. This involves reviewing these already set out standards, implementing plans to meet those standards and follow all of the correct record keeping procedures. 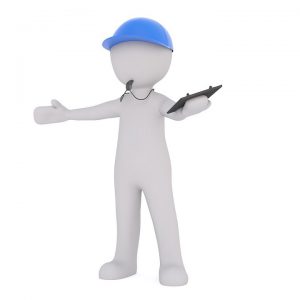 So as you can clearly see, these professionals play an integral part of keeping you and your workers safe.

Their job is your well-being! 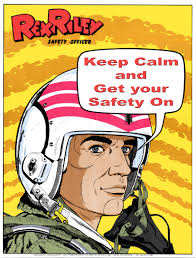 South Africa has a “green” airport! One where all their services: the check in desks, the baggage carousels, restaurants, ATMs and even the Control Tower are run from the electricity generated from solar panels…

Who knew! We actually have three, part of a six airport plan expected to be up and running by mid-2017.

This is a massive step forward as a country, and from one our ‘state owned’ enterprises, toward reaching our government’s sustainable development imperatives, increasing our energy security and environmental conservation obligations.

In a politically, let’s call it – interesting – time, this is one good and worthwhile campaign that has stayed the course. As the state owned enterprise responsible for the movement toward a more environmentally friendly conscious country, ACSA, battles on in court, the project for the solar overhaul of 6 regional airports is underway with at least 3 airports already completed. Not bad considering they started the project in September 2015…

The large corporation, and beacon of hope for South Africa’s plans to reduce our own carbon footprint, giant enterprise, ACSA – the Airports Company South Africa, an environmentally conscious company, believes that by decreasing their dependence on the national power grid, they will begin to fulfill their role by increasing energy security (electricity sustainability) and the diversification of the energy matrix (fancy way of saying, using different types of electricity together) as their key priority to ensure sustainability of business activities, says the GM for Regional Airports at ACSA.

ACSA has dedicated a project worth R90 million over the period of two years for the completion of 6 regional solar powered airports to ensure they fulfil their obligation as a large enterprise to continue to grow and support the movement toward finding and using different more environmentally friendly solutions to source electricity to keep our country running.

The unveiling of the first “Green Airport is Africa took place in George on the 16 May 2016. 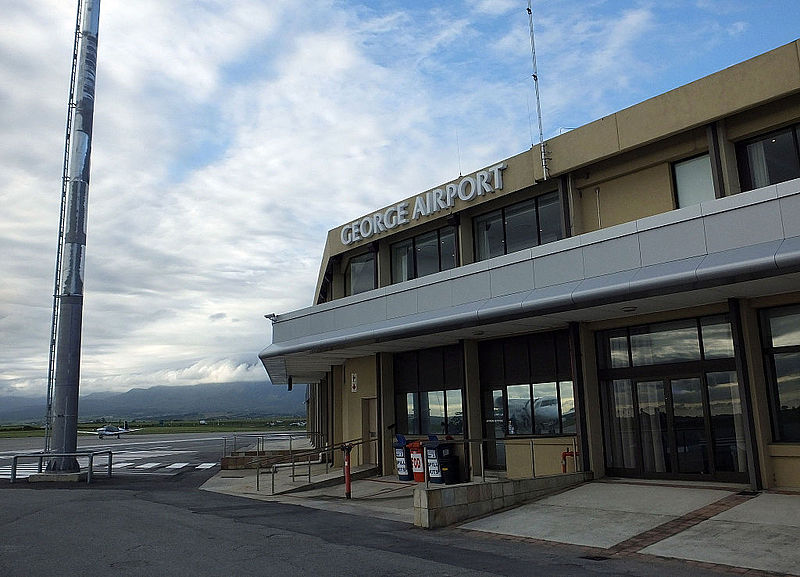 Speaking at the opening ceremony at George Airport, Skhumbuzo Macozoma, Chairman of ACSA, said: “As an airports management company running nine airports nationally, part of our strategic objective is to minimise our environmental impact.” He said the company was looking into ways to reduce energy consumption, water consumption and noise levels as well as find ways to use energy-efficient materials.

South Africa with its broad open spaces and African sun has proved to have the potential for generating renewable energy and government plans to generate nearly half of the country’s power needs by 2030.

This is the R16 million, 3 000-panel solar plant at George Airport in the Western Cape. One look at the use, natures free gift to us and of previously unusable land due to noise constraints and one starts to recognise that opportunities truly exist under our beautiful African sun.

In this tiny town of George with 150 000 people in the Western Cape, the weather is so unpredictable, one would never think to find Africa’s first Solar Powered Airport. Surely not, when we consider that South Africa has rolling acres of sun-baked land in other provinces, and George is anything but!

This small airport, with its bustling tourist industry and acting as a transit hub for shipments of oysters and flowers, sees an average of 700 000 people through its doors each year, has proven to be an excellent test site for the airport solar roll out plan.

The unpredictability of the weather played an especially large role. ACSA, wanting to ensure the energy matrix solution would work for all six regions, made the decision to first try it in George, as the weather conditions were far more extreme in George than other parts of South Africa. The probability of the success of the nationwide project increased exponentially if the idea was a success there, which of course, it has been.

Ultimately solar power plants like this one will reduce the load on the constrained on the power grid. This 75KW plant will eventually see George Airport going off the power grid completely.
It already supplies 41% of the airport’s electricity needs.

Here are some facts about our very own and Africa’s very own, first solar powered airport, George Airport.

With all of these benefits, “going green” seems to be an obvious choice. With the planet’s climate change predictions slowly gaining respect around the world, it is a matter of time before we see landscapes like this… 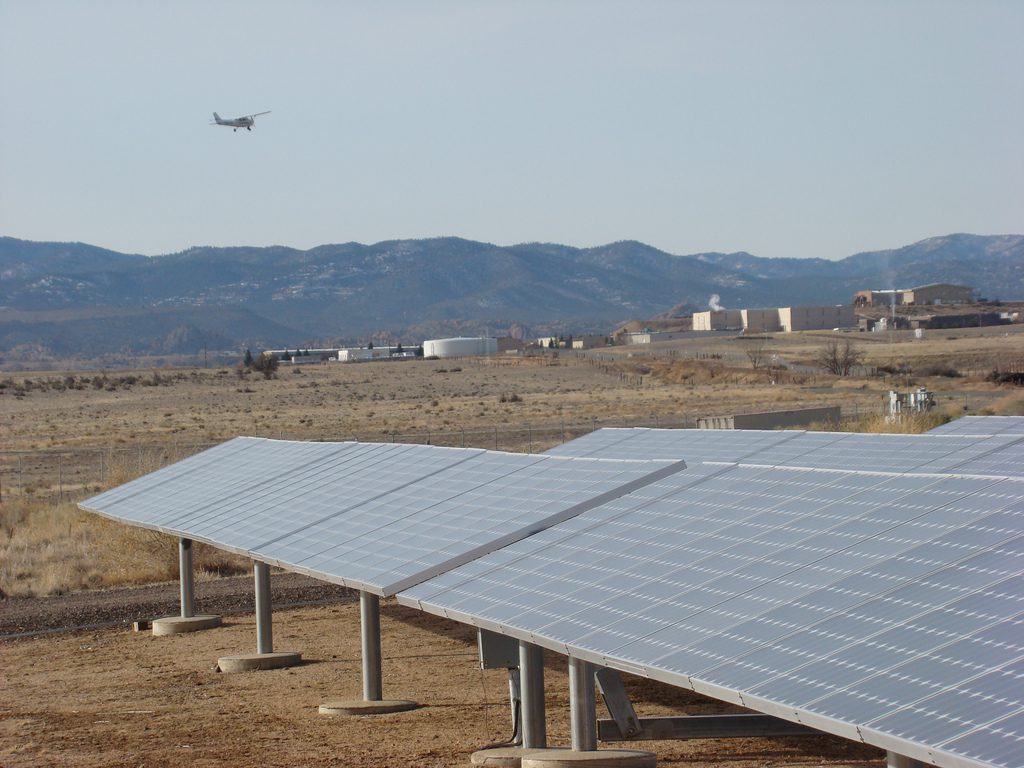