South Africa is one of the most structurally and economically developed nations on the African continent.

Let’s have a look at the top 5 tallest buildings in South Africa. 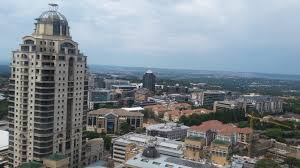 1. The Leonardo is a 55 Floor mixed-use property development reaching 234m.

2. The Carlton Centre is a skyscraper and shopping centre located in downtown Johannesburg and reaches 223m and 50 floors.

The Carlton Centre was designed by the US architectural firm Skidmore, Owings and Merrill. Anglo American Properties began construction in the late 1960s by demolishing the old Carlton Hotel and the closing roads to form a city superblock. Excavations for the Carlton began in January 1967 and took two years to complete. Although occupation of the Centre began in 1971, construction was not finally completed until 1974. The building officially opened in 1973 at a total cost of over R88 million 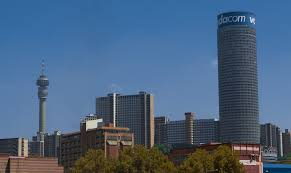 3. The Ponte City Apartments is a skyscraper in Berea, Johannesburg.

It was built in 1975 and is 173m and 55m, making it the tallest residential skyscraper in Africa. The 55-story building is cylindrical, with an open centre allowing additional light into the apartments. The centre space is known as “the core” and rises above an uneven rock floor. When built, Ponte City was seen as an extremely desirable address due to its views over all of Johannesburg and its surroundings. The neon sign on top of the building is the largest sign in the southern hemisphere and advertised for the Coca-Cola Company prior to 2000. It currently advertises the South African mobile phone company Vodacom. 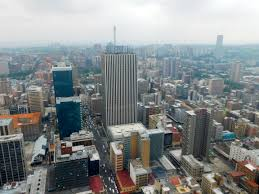 4. The Marble Towers is a skyscraper in the CBD of Johannesburg.

Built-in 1973 and is 152m and 32 storeys tall. The structure is made out of a mixture of concrete and marble and has an eight-storey parking garage attached. The building was originally known as the Sanlam Centre. It is located on the corner of Jeppe and Von Wielligh Streets. 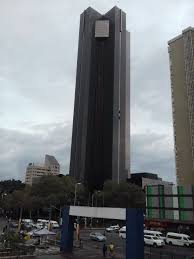 5. The South African Reserve Bank Building is a 38 storey skyscraper in Pretoria.

It was built in 1988 and is 38 storeys tall. The structure is made of concrete and glass and was the first flush glazed glass tower block in the Southern Hemisphere.

I started working for Leads 2 Business in May 2012 as an Account Co ordinator and more recently the Deputy Head of Department for the Telesales team. I schedule appointments for the Account Executives with potential clients.