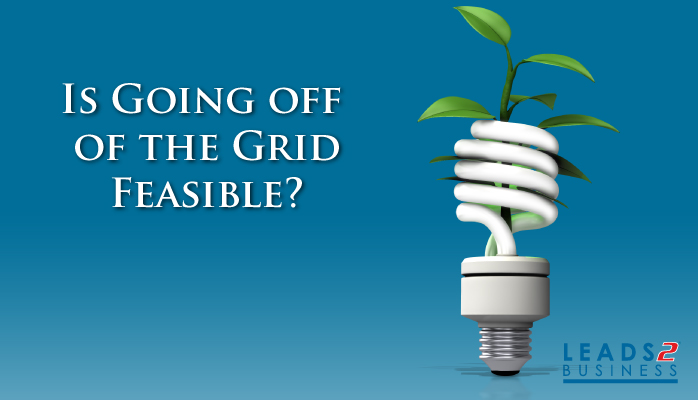 Most households have experienced the inconvenience of load shedding or no water or both. This led to people preparing on some scale, particularly in response to load shedding. Whether it was torches, batteries and candles or installing gas appliances or hybrid appliances or installing generators; people reacted to minimise the inconvenience of being without power. Being without water, just meant looking into rainwater harvesting tanks, or boreholes or greywater systems. In the current water shortage, these are not bad ideas. In fact, it’s just common sense. Some households have adopted all of these in a bid to save money and be more environmentally conscious. But is it off-the-grid? The below definition is supplied:

The term off-the-grid (OTG) can refer to living in a self-sufficient manner without reliance on one or more public utilities. Off-the-grid homes are autonomous; they do not rely on municipal water supply, sewer, natural gas, electrical power grid, or similar utility services. A true off-grid house is able to operate completely independently of all traditional public utility services.

So how do these homes generate their power and get their water?

Electrical power: Electrical power can be generated on-site with renewable energy sources such as solar (particularly with photovoltaics), wind, micro hydro, geothermal; with a generator or Micro combined heat and power with adequate fuel reserves. Such a system is called a stand-alone power system.

Water: On-site water sources can include a well, stream, or lake. Depending on the water source, this may include pumps and/or filtration. Rainwater can also be harvested.

In reading up about off-the-grid homes, it became apparent that there is very much a cost consideration. Those that have gone full “off-the-grid” almost seem to treat it like a challenge.

How far can they remove themselves from the everyday use of public utilities? Obviously, there’s the cost of setting up which ever system you’ve chosen. Then it involves how long until you recoup your costs of the equipment and installation. If you make your money back, and then continue to function without having to fork out for power and water; then you’re golden. But I wondered about the expertise involved. I, myself, have very little knowledge about battery lifespans and generators and ensuring that I don’t blow something up; while connecting all the bits and bobs that are required to power my home. So is it a case of just hiring the correct professional to assess and set you up, while you learn to read battery levels and be aware where your hot water is currently coming from?

Just becoming conscious of what you require everyday for your home, and where it is coming from? Has the convenience of public infrastructure removed us from our individual impact on said infrastructure and the environment? Is that why we get so upset when Eskom turns off the lights? Because now we actually have to consider how dependent we are? But this isn’t true for all. This is very much centered on the urban and suburban communities. We have electricity and water. And we have options should these be temporarily turned off. Are all those shacks out in the stix considered off-the-grid? Where women walk kilometers to bring back water? The communities that use the car batteries that you see being pushed in wheel barrows? Where paraffin and Lion matches, are staples. Are these homes that are not connected to electricity or running water or sewer systems, considered environmentally conscientious and green? No. These homes and people that are doing without. Never mind no access to basic services, the fact that wood and coal are burnt for cooking and warmth doesn’t help the environment or people’s health. Lack of sanitation has a detrimental impact on public health. The Government has a responsibility to get everybody onto the grid, but at the same time is encouraging innovation and environmental thinking to allow people to get off-the-grid.

The National Infrastructure Plan was adopted in 2012 in a bid to get basic services to those communities that are without. It’s aim is to get electricity to the people, and water and sanitation. To improve lives. To ensure safety and healthy living conditions. How does this weigh up with the drive to be more green and environmentally conscious? More connections to the existing infrastructure, weaken it. (Eskom, I’m looking at you). We’ve seen it. The new RDP houses have been built and they all have solar panels and solar water heaters. A bid to meet all requirements halfway. But we’ve also read the articles where they haven’t been installed correctly and are woefully facing the wrong direction. North, the solar panels are apparently supposed to face north. So once again, it’s a balancing act.

Existing infrastructure has to be maintained, it then has to be increased to increase coverage and capacity. But this has a greater impact on resources and the environment; which is so not on in this day and age. So what do you do? Any damn thing you can. If you just want to not be paying huge electricity and water bills, then pay attention to how you are using these services. Because, lets be honest, money is a huge consideration and motivator. Whether you leave buckets out in the rain or install full on rainwater harvesting tanks; it all adds up. Solar panels, solar water heaters, restricting when your geyser is on and energy saver bulbs (which pretty much are your only option now) are all good habits and options to take on.

Off-the-grid definitely involves research and commitment and money. In some cases, it is very much a necessity and in others it does seem a bit of a luxury.