While most listings of countries’ wealth are determined according to the GDP (Gross Domestic Product) of each country, there are two other ways of determining a country’s wealth, namely: GDP (PPP (Purchasing Power Parity)) and GDP per capita.

GDP: the value of all final services and goods produced in a country’s economy over a period of time, usually a year.

GDP (PPP): includes the fact that the same amount of money can buy a different amount of goods in each country (i. e. a basket of goods comparison approach).

GDP per Capita: the GDP divided by the population size. This provides an average GDP for individuals within the country but could be quite misleading.

The data is as follows (These stats are from the 11 October 2019 data report from the IMF, and are based on GDP current prices, U. S. dollars): 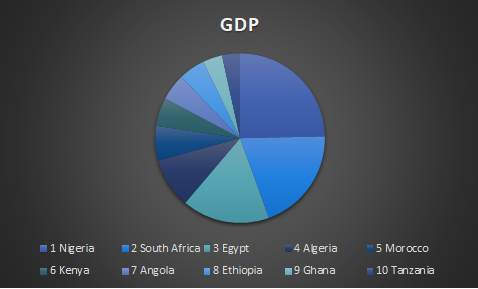 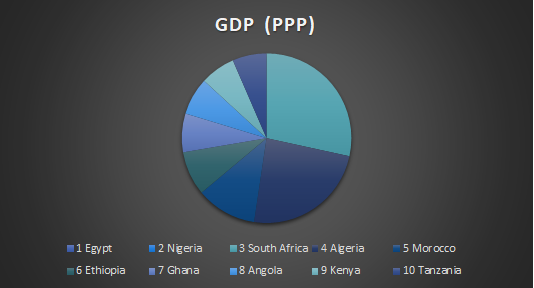 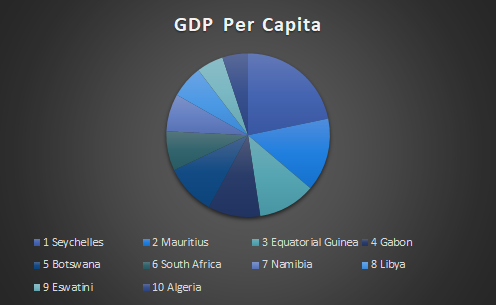 As you can see, the lists do differ according to the measurement employed. For instance, the GDP per capita is not a very accurate representation of the average income of individuals within the economy as Equatorial Guinea is listed third and yet they have a very high rate of poverty. Out of these measurements, the GDP (PPP) might be the best measurement to use, as this provides a measure of the standard of living within an economy.

Accordingly, the top 10 Most Developed Countries are: 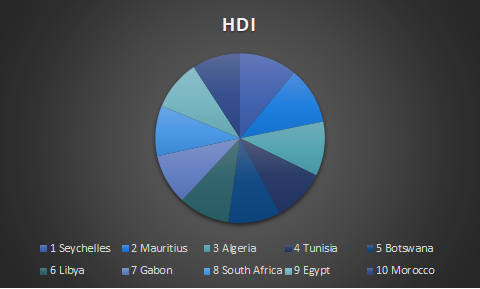 Whichever your preference might be, there are only two countries listed on all of these graphs, and they are Algeria and South Africa.

This could be due to the Algerian-South African High Binational Commission for Cooperation (HCBNC) which was formed in 2000, resulting in Algeria being South Africa’s largest trading partner in the region, with steadily increasing bilateral trade.

Establishing the richest countries in Africa, considering all the various factors that need to be taken into account, is more difficult than anticipated, and it might be a better representation of the true state of an economy to look at how many graphs each country is on.

Looking to the future, do you think that these countries will stay the same or might another country emerge to topple all those that came before it?