Diamonds dates back billions of years, and tells a tale of beauty, wealth and spirit. The word ‘Diamond’ originated from the Greek word ‘adamas’, which means unconquerable or unbreakable.  For thousands of years diamonds have stood for far more than just a beautiful sparkly gem.

The Pharaohs believed that diamonds represented the sun (a symbol of power, courage and truth).  In Ancient India it symbolized clarity and invincibility. Ancient Greeks believed diamonds to be the tears of the gods. In the middle ages it was believed that the diamond was a miracle stone, having exceptional healing abilities. In Europe, 322BC, diamonds were reserved only for Kings as it stood for strength, courage and invincibility and by the 1600 – 1750 diamonds symbolised ultimate prosperity and wealth among woman and men.

The tale of the modern diamond market really begins with the discovery of diamonds in Kimberly round about 1866. South Africa plays one of the most important roles in the history of diamonds as 65% of all diamonds were mined in SA and some of the world’s most famous diamonds have been discovered in SA. 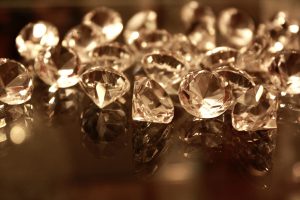 Here are 8 of the world’s biggest diamonds ever to be discovered:

The Sergio is the largest carbonado (black) diamond ever found. It is also the largest rough diamond ever found. This very rare diamond was discovered in the state of Bahia in Brazil in 1895. Carbonado is the toughest form of natural diamond which is an impure form of polycrystalline diamond consisting of diamond, graphite, and amorphous carbon. Like many other carbonado diamonds, it’s believed to be of a meteoritic origin. The diamond was discovered by Sérgio Borges de Carvalho.  The diamond was broken up into smaller 3-6 carat pieces as industrial diamond drills.

The Cullinan Diamond was discovered by Sir Thomas Cullinan in 1905. This largest gem quality rough diamond which was ever found was discovered in the Premier No. 2 mine in Cullinan, South Africa.  The Cullinan was placed on sale in London in April 1905 and despite a large amount of interest stayed unsold after 2 years. The Transvaal Colony government bought the Cullinan in 1907 and presented the diamond to King Edward VII on his 66th Birthday.  The Cullinan was cut into various sizes such as Cullinan I (also known as the Great Star of Africa) and is the largest clear cut diamond in the world and is mounted in the head of the Sovereign’s Sceptre with Cross. Cullinan II is the second-largest (also known as the Second Star of Africa) and is mounted in the Imperial State Crown. Both these diamonds form part of the Crown Jewels of the United Kingdom. Queen Elizabeth II privately owns 7 other major diamonds which was cut from the Cullinan. These diamonds she inherited from her grandmother, Queen Mary in 1953. 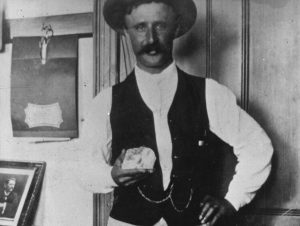 This diamond was known as the largest gem-quality diamond in the world from the time it was discovered on 30 June 1893 until 1905 when the Cullinan Diamond was discovered.  The Excelsior diamond was discovered at Jagersfontein Mine, South Africa, in a shovelful of gravel that was being loaded into a truck by a worker.  The diamond was unsold for many years before the owners of the diamond made the decision to cut the stone in the several smaller stones, which meant that it would never be a single large spectacular stone. The diamond was of a blue-white tint colour.

With the discovery of this Diamond in the Diminco alluvial mines in the Koidu area of Sierra Leone on 14 February 1972, it was ranked the fourth largest diamond found. This diamond was also ranked as the largest Alluvial diamond ever to be discovered, which is the term used to describe diamonds which has been removed from the primary source (the kimberlite pipe) by natural erosive action over an extended period of time and finally deposited into a new environment such as a river bed. The diamond was cut into an emerald shaped stone, but was re-cut at a later stage due to an internal flaw.  This resulted in 17 separate diamonds of which 13 were deemed to be flawless.

Discovery of this Diamond was near MIBA Diamond Mine, Democratic Republic of the Congo and was found in a pile of rubble from mine dumps by a young girl in 1984. The rubble was considered to be too bulky to contain any diamonds and therefor had been discarded.  The young girl gave the diamond to her uncle, who then sold it to a diamond dealer. Once the diamond was transported to Belgian, it took years of master craftsmen to cut this diamond into a gorgeous yellow-brown diamond. This near to perfect diamond was discovered in the Mbuji-Mayi district of Zaire in 1990 and is currently owned by De Beers Company. This pear-shaped stone is stunningly flawless internally and externally and is known to be the second largest top-colour rating diamond in the world. This diamond is one of the most beautiful diamonds in the world, and experts have declared it to be priceless.

This beautiful diamond was discovered in Koidu, Sierra Leone in 1945 and at the time was the largest alluvial diamond ever to be found. The rough diamond was brought to London in 1947 where it was viewed by Queen Mary and later exhibited in 1949 at the British Industries Fair.

This gorgeous yellow-brown coloured gem was discovered in South Africa in 1985 and was first known as the “Unnamed Brown” due to its colour. The diamond remained unknown to the outside world until 1990 and required 2 years work to bring this beauty to its current state. The diamond was purchased by a group of Thai business people led by Henry Ho in 1995. It was arranged for the diamond to be given as a gift from the people to King Bhumibol to celebrate the 50th anniversary of the King’s accent to the throne. It was received on his behalf in 2000 by his daughter, Princess Matia Chari Sirindhom and is now on display in the Royal Museum at Pimammek Golden Temple Throne Hall in Bangkok as part of the crown jewels. 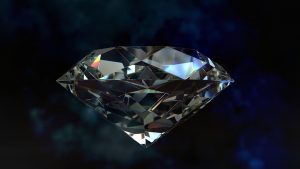 As one of the world’s most precious substances, diamonds have been greatly desired across the globe for countless ages. They are changeless and astonishingly durable. The powerful symbolism they embody only adds to their tremendous worth.
Diamonds don’t get old, they only become more valuable.

That’s why they perfectly represent love, power, and the majesty & mystery of the universe.