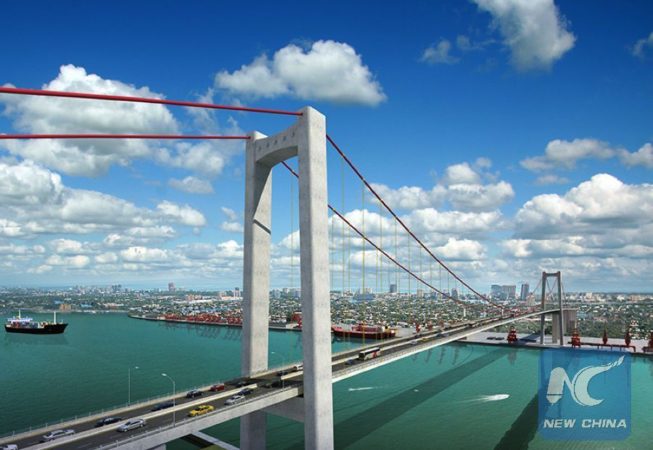 Description: Construction of a 680m suspension bridge standing 60m over the water between Maputo and Catembe, which connects the two shores of the Bay of Maputo, Mozambique. The project entails a total of around 3km of road with a two by two lane of 20.88m in width. The two bridge towers, each of 137m in height, have been designed so as not to interfere with maritime navigation in the bay. Value: US$700 million. In addition to the construction of the bridge, the project also includes the construction of two main roads. The first road, measuring 120km, will link Catembe to Ponta do Ouro. The second road, measuring 65km, will link Bela Vista, located halfway between Catembe and Ponta do Ouro, to Boane. Five existing bridges crossing the rivers Tembe, Changane, Mahubo, Boane and Umbeluzi will be rehabilitated as part of the project.

Notes: China Road and Bridge Corporation (CRBC) is making considerable progress on the 110km road between the Ponta do Oura border with KwaZulu-Natal and Matola south of Maputo in the far south of Mozambique. Tarring of some 28 kilometres has been completed.

If you are a valued Projects subscriber, find the latest information on Maputo / Catembe Bridge, Mozambique. Alternatively, for subscription enquiries contact us on Blog@L2B.co.za.